ASA VS ABS - WHICH PLASTIC IS BEST? 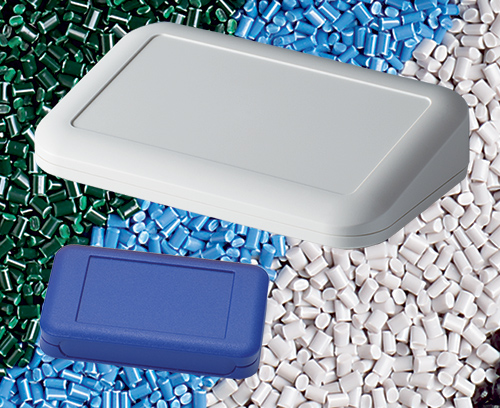 If you look at the New Products section on our OKW home page, you’ll see five new enclosures…and ASA is used in every single one of them.

Four of the five are plastic through-and-through:

And the fifth – SMART-TERMINAL for control electronics – combines ASA plastic end caps with an extruded aluminum body to create the next generation of electronics cases.

Why ASA instead of ABS?

So why the sudden move away from traditional ABS for this succession of new models? After all, ABS has for decades been the ‘go-to’ material for our plastic electronic enclosures – and it remains so for many tried and trusted models.

But ASA has a great deal going for it…

For a start, ASA’s UV stability is a big plus – even though none of the new enclosures mentioned above will be spending its entire life outdoors. None will be bolted to the side of a building or clamped to a pole or mast.

But that’s no reason to skimp on UV resistance. You have only to see how sunlight fades furniture or pictures to know how much sunlight makes it indoors and how damaging it can be.
Furthermore, we can offer ASA with a glossy finish. This makes it very easy to wipe down and keep clean for medical electronics. It’s no coincide that two of the new five ASA models – BODY-CASE and STYLE-CASE – feature tamper-proof Torx screws (another key feature for the medical sector).

And don’t forget the aesthetics. BODY-CASE and STYLE-CASE are molded in gleaming ‘traffic white’ ASA for that ultra-modern look.

Which kind of ASA plastic should I look out for?

At OKW we offer two kinds of ASA for our enclosures: either ASA (UL 94 HB) or the blend ASA+PC-FR (UL 94 V-0) with PC (polycarbonate) for extra strength.

We’ve been offering ASA+PC-FR for quite some time now. It’s the standard plastic for models such as:

ASA+PC-FR is also available as a standard option for CARRYTEC – tough instrument cases with integrated handles. Upgrading from ABS to ASA+PC-FR makes CARRYTEC suitable for applications in the agricultural and forestry sectors.

But what if the enclosure you need is not available in ASA or ASA+PC-FR as standard? What if the standard choice is ABS?

Simple – just specify ASA or ASA+PC-FR as a special material. We can mold enclosures from custom-specified plastics to suit your specifications.

Get Expert Advice On Enclosures

Contact OKW – the electronic enclosures specialist – for expert technical advice on the best housings for your PCBs and electronic components.

Contact our team and discover how easy it is to specify the perfect enclosures for your electronics.